Uruguay’s economy continues to grow strongly, up 6.8% in the first quarter of 2011. This growth follows economic growth of 8.5% in 2010 (hat tip to former Minnesota-Uruguay Partners president Bright Dornblaser for sharing the chart above, which was featured in The Daily Reckoning).
The article reports that manufacturing (pulp paper and dairy), construction, and commerce (car sales and restaurant services) were the most dynamic sectors of the economy. Exports of goods and services expanded 14.7% in the first quarter of 2011, mainly auto parts and tourism, according to the article. Analysts forecast growth for 2011 to reach 6.3%, up from their prediction of 5.9% in May, based on quarter one’s strong performance. Interestingly, domestic demand in the first quarter rose by 8.3%.
Of course, with apartment prices rising 22 percent in the capital of Montevideo in 2010, and house prices increasing there by 17%, according to the article, it's hard to dismiss suggestions in other media outlets that a bubble may be building, not to mention the strain inflation places on pensioners and the poor.
But for those who invested a decade ago, during the dire economic crisis, in Uruguay's resort areas, the happy days may be here again. In Punta del Este alone, real estate transactions reached $2.25 billion in the 12 months to April 2011.
Posted by Minnesota-Uruguay Partners of the Americas at 8:43 PM No comments: 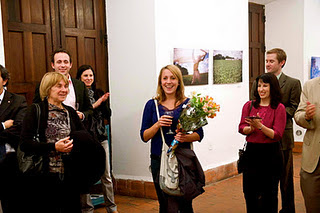 In case you haven't seen it yet, our daughter Anna has written a fun blog post about her recent visit to Montevideo, Uruguay.

We feel so blessed by the Partners network that made Anna's visit so memorable. We have had two daughters now who have visited the country. Our 15 year old son is currently studying Spanish hard so he can make the trip someday. Mary and I can't wait to go back and connect with all our new and old friends. Our love for the country grows with each new encounter -- it is such a rich relationship.

Thank you,
Patrick J. Moore
Posted by Minnesota-Uruguay Partners of the Americas at 6:47 AM No comments: 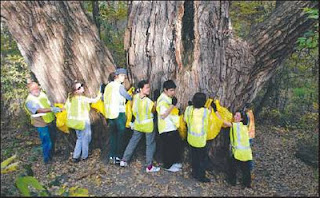 Six high school students from Uruguay were in Minnesota in September and October as the latest Youth Ambassadors to visit the state. They spent a lot of time enjoying our glorious fall outdoors and even helped clean up some of our mess (see press coverage and more photos). Many thanks are due to Kirsten "KC" Carter for again putting together such a fabulous experience for the students, as well as hosts like Patrick Moore, Duane Ninneman, Arne Kildegaard, Rob Scarlett, Hector Garcia and Sue von Bank, to name a few, and not least the generous families who took these talented students into their homes so warmly. "The family stays were the highlight of the trip," KC reports.
Posted by Minnesota-Uruguay Partners of the Americas at 4:24 PM No comments: